Australian cardinal George Pell, who was just recently one of the highest ranking officials in the Catholic Church has been found guilty of multiple sexual abuse charges, which span several decades. However Pell, has not accepted his guilty verdict and instead has demanded that he receive a retrial or that his conviction should be overturned.

US President Donald Trump started the year off by declaring a national state of emergency, which saw the federal government and the vast majority of federal services and departments closed, as Trump grew impatient with the progress of the wall which he wants built along the border between the US and Mexico.

Trumps’s wall has proved highly controversial and has divided the country as there are those who support Trump’s walls and see illegal immigrants to the US as a huge threat to national safety and there are individuals who see Trump’s wall as a waste of money or a breach on human rights.

3. A money transporter van has been ambushed in Germany

Three men have been reported to ambush a money transporter van in Germany at the Cologne-Bonn Airport, which is located in Western Germany. As a result of the ambush one guard was shot and seriously injured. The incident has marked a manhunt for the three men whose attack was captured on CCTV footage.

4. Britain prepares to exit from the European Union

2019 is a crucial year for Britain as the time has finally come for Britain to leave the European Union. In recent months, tensions have been high as Britain’s Prime Minster Theresa May hasn’t been able to negotiate the trade deals which she had hoped to sign with many of Europe’s biggest countries such as Germany and France.

While there’s no turning back from Brexit, many British citizens are still hopeful that Britain may stay part of the European Union. However, during the Brexit referendum which was held several years ago, more than half of voters were in favour of Britain leaving the European Union.

What are some of the reasons why a large percentage of British citizens support Brexit? Many individuals believe that by exiting the European Union, Britain could protect its business from competition and could stop a flood of refugees entering Britain from countries such as Syria. As in the past few years hundreds of thousands of Syrians illegally fled from Syria into European countries such as Germany and Greece.

5. 23 individuals are killed in by a tornado in Alabama

So there you have it a quick round up of some of the top news stories to hit international headlines in 2019! 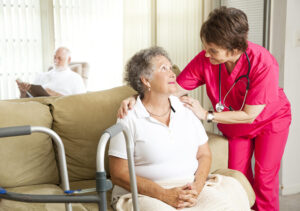